We’d like to thank all of the attendees, partners, and, of course, our fearless startups. If you were not able to join us live, no problem you can watch the full event here.

2022 Class of the Comcast NBCUniversal SportsTech Accelerator Announces 21 Business Deals | Via: Inside Track
Comcast announced the second class of the Comcast NBCUniversal SportsTech Accelerator, powered by Boomtown, has secured 21 pilots, partnerships, and commercial deals as a result of their participation in the customized startup program. Over the past three months, 10 companies from the 2022 accelerator collaborated with experts from Comcast, NBCUniversal, Sky, and Boomtown Accelerators, along with SportsTech’s advisors, to improve the startups’ readiness for commercial success.

✈️ SportsTech Travels to Texas | Via: Inside Track
When we looked at the calendar for this year, we saw a convergence of events happening that involved many of our SportsTech partners including NBC Sports, Golf, PGA TOUR, NASCAR, and WWE. Working together with our partners, we decided to take our advisors and startups on the road for three major sporting events, enabling founders to gain a stronger understanding of how their products and technologies could integrate into similar sports events and operations. Revisit our incredible travels to Texas! 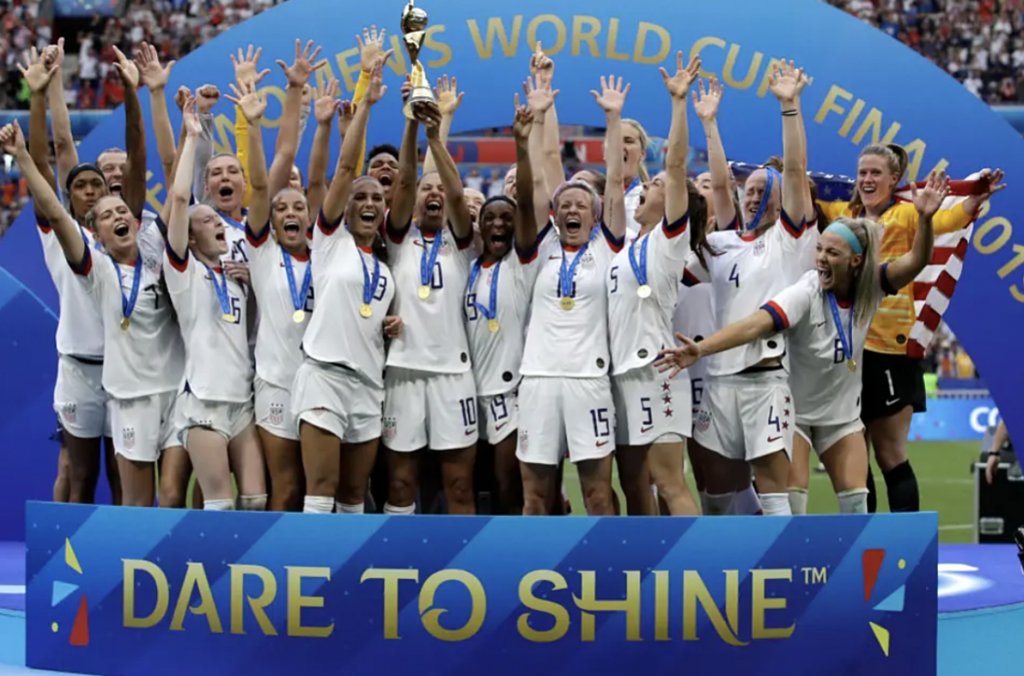 U.S. Soccer’s New Deal Rewrites History Books | Via: ESPN
The unions for the United States men’s and women’s national soccer teams have ratified new collective bargaining agreements with U.S. Soccer that include an equal split of World Cup bonuses, the federation and the two unions announced on Wednesday. The two CBAs will go into effect on June 1 and will last until the end of 2028. The U.S. National Soccer Team Players Association (USNSTPA), which represented the men’s players, had been operating without a CBA since the end of 2018. The deal for the U.S. Women’s National Team Players Association (USWNTPA) expired at the end of 2021, though it had been extended.

NHL Viewership is Lights Out! | Via: Front Office Sports
The first round of the 2022 Stanley Cup Playoffs delivered some high drama — and massive TV ratings. Thanks in part to five decisive Game 7s, this was the most-watched first-round ever on U.S. cable, averaging 768,000 viewers across ESPN, ESPN2, TNT, and TBS, according to the NHL. That’s up 58% from last year’s first-round on cable (NBCSN, CNBC, USA) and 20% from 2019 (NBCSN, CNBC, USA). Viewership among women on cable rose 83% from 2021 and 49% from 2019.

F1 Miami GP’s Fake Ocean Becomes Talk of the Race | Via: SI
“When we moved here [to the Hard Rock stadium] for a number of reasons, most importantly because we didn’t think we could have a good racing circuit downtown, I told F1 that you’re gonna get your yacht shots, you’re gonna have your yachts,” Garfinkel told Motorsport.com. “They looked at me like I was crazy. And then I came back and drew it on the whiteboard and said: ‘I want a marina with yachts here, and we’re gonna make it happen.’ And so we did. And it’s a lot of fun.”

America Hits Fourth Anniversary of Legal Sports Wagering | Via: MarketWatch
Four years ago this May, the U.S. Supreme Court ruled that the Professional and Amateur Sports Protection Act (PASPA) didn’t make sports gambling a federal crime – paving the way for individual states to offer sports wagering. In the past four years, Americans in those states have wagered more than $125 billion. The complexion of the sports broadcasting landscape has completely changed with tickers featuring odds, dedicated wagering shows on sports channels, and even apps that allow fans to pick what happens in primetime games. Americans placed $1 billion in wagers on the Super Bowl and $3 billion over the month of March Madness.

In other sports betting news:

Still-Playing Tom Brady Lands Analyst Role at Fox Sports When he Retires | Via: NBC Sports
The 44-year-old Tampa Bay Buccaneers quarterback will join FOX Sports as their lead NFL analyst “immediately following his playing career,” FOX executive chair and CEO Lachlan Murdoch announced Tuesday morning in a statement. The deal is a big one — Brady will earn $375 million over a 10-year deal. That’s more than the $333 million he earned in his 23-year playing career. ​​Investing in on-air talent is big business. Just last year, 75 of the top 100 shows were NFL games. The NFL just completed new 11-year deals with Fox, ESPN, NBC, CBS, and Amazon for $110 billion.

Next month, we’ll have more coverage from Demo Day as well as more stories from the dynamic and ever-changing world of sports tech.