Hard to believe, but it was just over a decade ago that the media was talking about the reality of seeing the first billion-dollar athlete.

The year was 2009 and news publications were writing about how one of the best professional athletes to play basketball had just reached the cusp of being a billionaire.

Back in the first decade of the 2000s, there were really only a few names on the shortlist: Tiger Woods and Michael Jordan.

Jordan would be the first to reach this pinnacle, fueled in part by his savvy business decisions following his playing days.

Despite being one of the most successful NBA stars to ever play, and one of the most well-known players in any sport, Jordan netted less than $100 million during his prolific playing days.

He finally struck the three-comma club around 2014 thanks in part to his stake in the Charlotte Hornets. He originally became a controlling investor in 2010 when they were the Charlotte Bobcats.

In the last six months, Jordan has made further investments in his entrepreneurial efforts. From emerging sports markets like sports wagering to golf, here is a look at how Jordan has branched out and built his personal brand even bigger than it was before:

When you’re a brand as much as a sports star, you have the luxury to open your own private golf course and club. That’s just what Jordan did this year. Located in South Florida, The Grove XXIII — get it? — features an 18-hole golf course, clubhouse, pro shop, and a learning facility. Designed by Bobby Weed Golf Design, the course is named after Jordan’s number 23. It’s going to be interesting to follow what this generation’s biggest pros do once they retire with their personal brand and the fan-sport experience. As for Jordan’s club, it is designed for the elite of the sporting elite. The layout of the physical course is quite unique — it’s a double helix, so players can tackle it in four nine-hole combinations, or three six-hole loops. The clubhouse, a futuristic design, takes the best of architecture, fitness, and technology and blends them together. The designers say it has the precision and flow in homage to a golf swing. 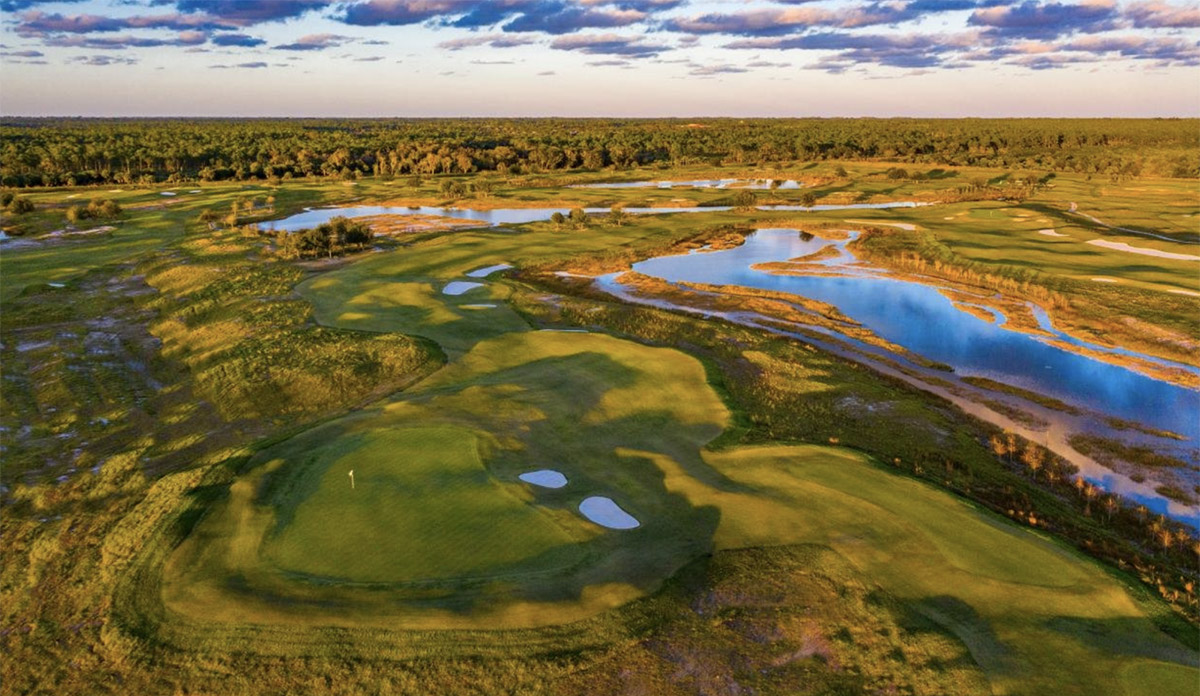 NASCAR drivers Denny Hamlin and former racer Michael Waltrip played there last February along with PGA pro Rickie Fowler. They seemed to enjoy the experience: “The course was unbelievable,” Hamlin said. “There’s only 75 members. Hopefully to be 76 here in the next few weeks, so it was really an honor to be invited and be a member at such an exclusive place. It’s really new, just a few months old. It’s going to be fun to do for the next 20 to 30 years, as long as I’m able to play.” Soon to join the list will be a recognizable name in the world of golf. According to GOLF, Phil Mickelson bought a piece of property ten minutes from the club and as of May last year, was in the process of joining.

Perhaps, one of the most impressive things about Jordan has been his ability to cross-over into other sports with relative ease.

It’s taken a few years and a landmark Supreme Court case, but almost half of the nation’s states have legalized or will be putting their own legislation in place to legalize sports betting. For years, die-hard fans have embraced fantasy sports that have led the way nicely to daily fantasy sports where real money is on the line for those who “field” the best lineup for a given day. DraftKings, one of the early leaders in that arena, has now played a significant role in the sports betting side of it as they roll out their product in states with legal wagering. Last year, Jordan joined the company as both an investor and advisor. As one of the most recognizable icons in sports, and one of the originators of the athlete as a sports brand, Jordan will be key in providing valuable input and strategy on the DraftKings product development and other inclusion initiatives. Following this news, DraftKings stock jumped 6%. 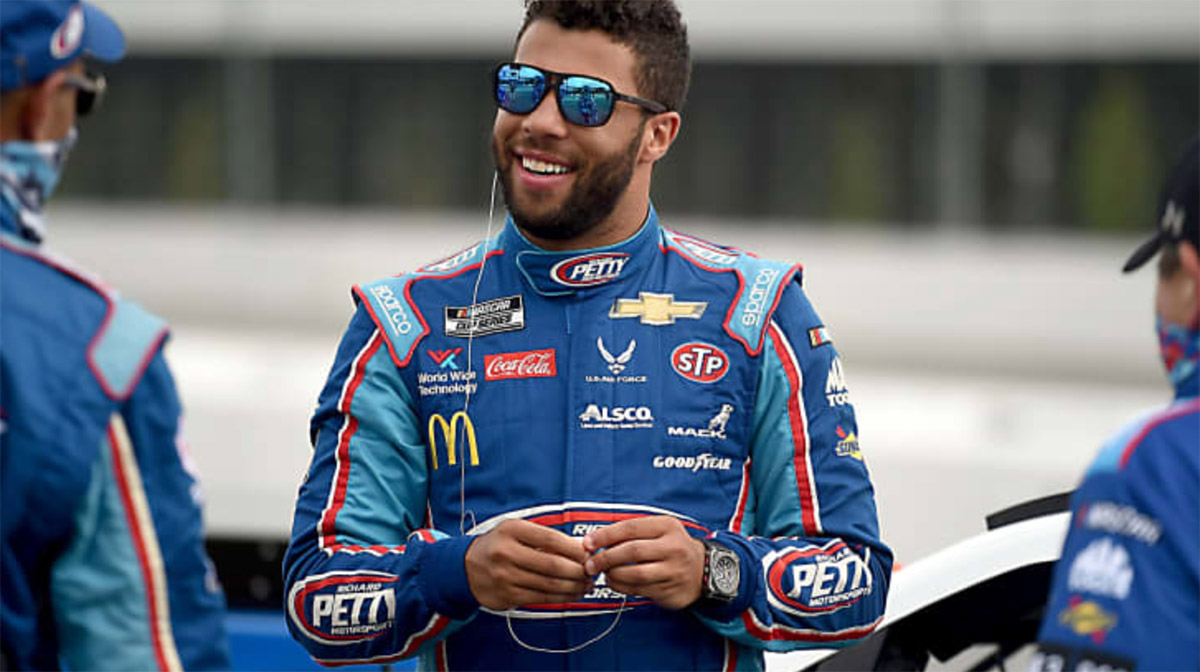 Shortly after his DraftKings debut, Jordan also made a splash in NASCAR.

Jordan purchased the charter for Germain Racing and became the first Black majority owner of a racing team. He partnered with Denny Hamlin as minority-owner and Bubba Wallace joined as the Cup Series driver.

The move couldn’t have come at a more important time. According to Dr. Brett Boyle, a marketing professor at Saint Louis University, could mirror Tiger Woods’ impact on the game of golf — driving interest in the game for new audiences.

“When somebody sees somebody like them in a sport, then they start thinking about themselves playing that sport,” said Boyle. “This may increase minority interest in [NASCAR].” This has been especially important as NASCAR looks to diversify their fan base.

Boyle said Jordan’s move could be critical for NASCAR as the organization continues to overcome denouncing the confederate flag and continued attempts to diversify its fan base.

“To have Michael Jordan’s brand and his personality behind a team, I think it’s going to draw not only younger fans but also African-American and other minority groups,” he said.

In a press release, Jordan touched on the major social events that have rocked the country in previous months: “The timing seemed perfect as NASCAR is evolving and embracing social change,” following the death of George Floyd in May, Jordan said.

In addition to building new audiences, this move by Jordan also brings the possibility of new partnerships for the sport of NASCAR. Jordan brings relationships to companies that haven’t been part of racing before including Nike, Pepsi (owner of Gatorade), and as we mentioned earlier — DraftKings. Wallace himself has relationships already with DoorDash, Root Insurance, Columbia Sportswear and Square’s Cash App.

Far more than just partnering because of Jordan, it seems that companies who sign on this year will be ones looking to support positive social change. And, who doesn’t want that?

Jordan may have been the first, but he wasn’t the last athlete to break into the “three-comma club.” Here are the others:

James is one of the most interesting in that he is set to break into this elusive group this year and has followed in Jordan’s footsteps. Even with the contemporary era of massive player salary, the majority of his earnings have come from off-court endeavors.

In 2020, James earned $95.4 million, over half of which came from non-basketball sources.

Helping him reach the billion-dollar milestone was helped in part from his famous “billion-dollar” contract he signed with Nike and his 18-year deal with Coca Cola. His business-savvy has developed in-roads into a variety of other ventures, too:

So, who do you think will be next on this list?

NFL star Patrick Mahomes is set to appear in his second consecutive Super Bowl and is the first to sign a $500 million-dollar contract. He’s only in his fourth season as a professional. In addition to player earnings, he has a significant stream of advertising commercial revenue (mainly, State Farm) and he has made notable investments including an equity stake in the Kansas City Royals, Hyperice, Whoop, and BioSteel.