How Social Media Has Changed Team Operations In Last 10 Years

If you’re a professional sports fan, chances are you have a checklist of the social media accounts you click through to see the big stories and updates from your favorite team and their players.

Ten years ago, it would have been almost unimaginable to toggle between a computer, television screen, and a mobile device to follow real-time updates from pro sports teams.

Let’s flashback to the far, far, far away past, shall we? Here is a sampling of what the “early days” looked like for pro teams and social media channels: 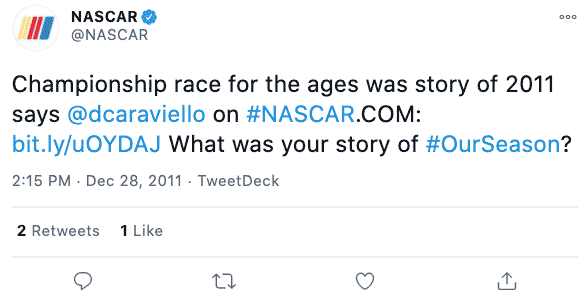 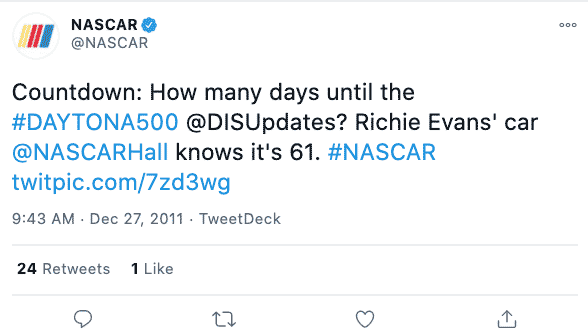 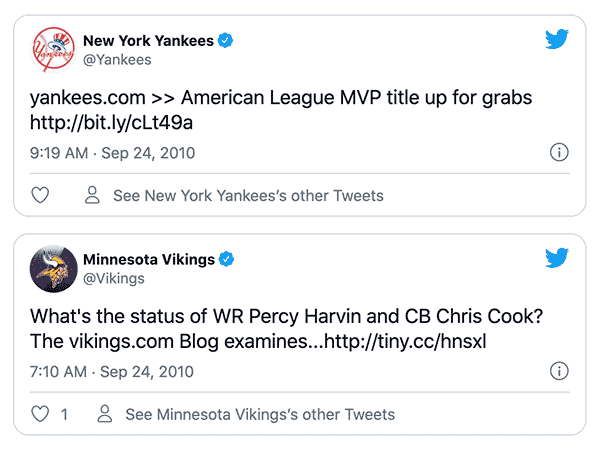 Today, as social media and content operations dramatically impact nearly every aspect of a sports team, social media operations have blossomed into larger teams and organizations themselves. Hires are expected to have years of experience in the field of creating content, broadcasting, and understanding their continually rising expectations. In addition, they need to be tasked with capabilities in data, analytics, performance marketing, and SEO. It’s not just enough to manage a growing community of fans, you have to understand

These are just a few of the roles that teams have built into their organizations:

— When social was really just a collection of new platforms ten years ago, there was no strategy. Just publish, experiment, and see what worked. If something worked, double down. If it didn’t, abandon and move on to something else. Today, strategists make sure that tactics implement answers to the goals of the team and the organization.

Charged with growing communities and engaging with sports fans on team channels including Facebook, Twitter, and Instagram. These days, they take point on the frontlines of social media and are enabled by the increasingly innovative digital content created by content creators. Community managers also need to keep an eye out on emerging platforms and see how their team fits.

More than just writers, creators today are responsible for creating assets in multiple formats and disciplines for publication on social channels. Today, content published by teams is getting more varied and interesting and is also making roots in emerging platforms, like TikTok.

From creating to editing, designers are needed to help take the creative vision to life on social media channels and websites.

Teams are going to new lengths to entertain their fans during games, and some are employing teams of broadcasters including camera operators, audio personnel, and on-camera talent to engage fans live on jumbotrons and in-stadium screens. Some teams have even hired away sports journalists and broadcasters to help create the team’s own unique media outlet, responsible for publishing stories, interviewing players, following team events and games, and reporting on them.

It’s called #smsports and contains many of the key figures who dream to work, or are working in the social media sports industry. Clicking on that hashtag will bring up a variety of content displaying some of the most current work that is coming from teams, including videos and social media graphics. There are also threads of advice for newcomers to the field and job postings from pro teams and job aggregators like TeamWork Online.

Much like major companies and startups alike, content is a huge part of how sports organizations operate.

Success in the content created by these teams helps map back to business goals that can help the organization succeed by engaging fans, finding new fans, and keeping them coming back. The more fans are engaged, the more likely they are to complete some team goal: Buy season tickets, spend more time at stadium facilities, buy gear, and engage with the team and their players.

Here are some recent examples of content that is making the rounds of the social media sports landscape:

How do you showcase an entire year of racing in one single Tweet? If you’re NASCAR, you do a nifty edit of every single white flag that dropped in the wild 2020 season and stitch them together. So far, the tweet has nearly 25,000 views and is a pretty neat way to watch a recap!

Recap every last lap from this season … all at once! pic.twitter.com/z1mnxYhgMO

Social media teams and content creators need to react as fast as news breaks. Last week, when Hank Aaron died, NBC Sports posted a tribute featuring his record-breaking 715th home run in Atlanta. It remains one of the most important in American history, not just for the moment as it meant on the diamond and the legacy of the game of baseball, but for the one that transpired outside the stadium. Vin Scully’s iconic call remains just as important for us to hear today: “”A Black man is getting a standing ovation in the deep South for breaking a record of an all-time baseball idol,” a thrilled Scully said. “What a marvelous moment for baseball. What a marvelous moment for Atlanta and the state of Georgia. What a marvelous moment for the country and the world.”

In just a few hours since the tweet was published, it garnered 1.2 million views.

Remembering when Hank Aaron became the home run king. Aaron died earlier this morning at the age of 86.

Fans love to see inside new places and when USA Swimming debuted the swimming facilities for the upcoming Tokyo Summer Olympics, the images scored big with fans. Nearly 1.4 million people have seen the video snapshot of the swimming pool and diving facility. Now, we can only hope the games can go on…

As video technology changes, so does the quality of production and editing. Today, teams employ designers and editors who work in concert to produce social media videos that rival things you see on network television. This example from the Los Angeles Chargers shows incredibly dynamic content and editing skills, as well as some unique moments where the team’s rising star QB, Justin Herbert tosses a football in the direction of the team’s video monitor, which then transitions into a dynamic Google search. This video tweet was published on the Chargers timeline on Jan. 12 and already has 124,000 views.

Oh, and if you question the importance of how these social media accounts are increasingly using hi-fidelity content to engage with fans? Look no further than the Ohio State Buckeyes who edited a hype trailer narrated by John Legend and King James to promote their appearance in the College Football National Championship. Ok, the Bucs didn’t win, but so far, their Tweet has garnered 1.7 million views.

Are you (or have you) working for a pro team? What is your favorite team content that you’re seeing? We’d love to hear from you on our Facebook, Twitter, or LinkedIn.