Who could’ve ever imagined that a return to sports would be such a delicate, nuanced proposition?

When we look back on May 2020 five or ten years from now, we’re probably going to study how various professional sports leagues proposed or implemented plans to get their respective teams and players back onto the field.

So far, here’s the shorthand of how these sports have either returned or are carefully and strategically plotting their return:

When (and if) sports return, they’re just not going to be the same as we’re used to. Players and fans alike are going to be thrust into a strange transition phase that will usher in a lot of new safety protocols and regulations that will have implications for leagues for years to come. 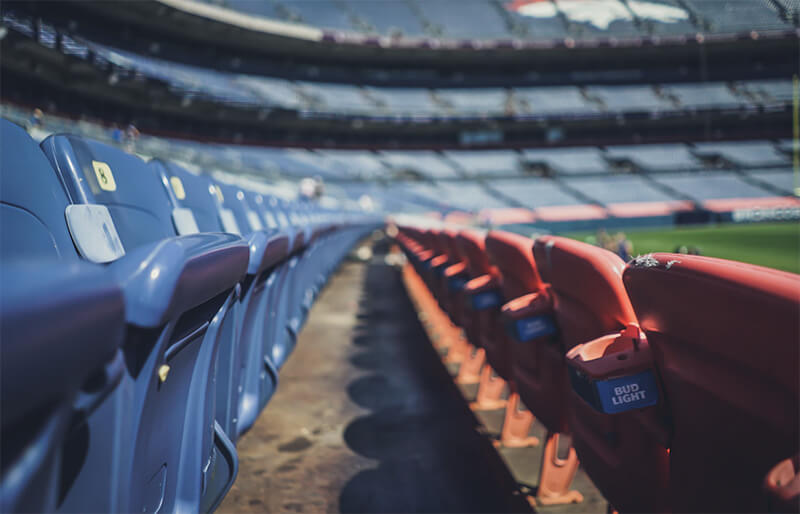 While many leagues are in a suspended state of play, the NFL set to kick-off in the fall is ‘cautiously optimistic’ that their season will continue without delay. There are mitigation plans to push the season back, but most people with knowledge of how the league is planning are more certain that a season will play out, but less unsure how many fans will be part of the experience.

You almost have to wonder if we’re ever going to experience a stadium the way we used to. Throngs of cheering fans, mere inches apart — tens of thousands of people crammed into one space for three or more hours.

In order to move on from that hurdle, one developer suggests that we may be able to look to baseball’s early 1900s for inspiration. Back then, the earliest iterations of Wrigley Field and Fenway Park had box-like seating, separated from others by boundaries. Some horse racing box seats exist like this today, creating qarudended-off sections distanced from others.

“If this becomes the new norm over two-to-five years, then I think [teams] would start removing those other seats and making that environment a fixed permanent one that creates that separation and distancing,” explained Don Barnum of DLR Group, where he heads their sports projects.

Using a minor league ballpark as a baseline, his firm was able to create rendering layouts that use the loge seating sections to create four seats separated by six feet in any direction. 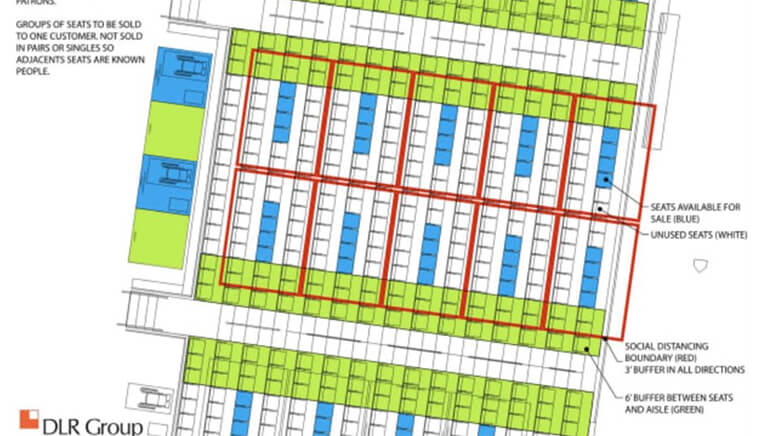 With shifting seating becoming a looming factor of the in-game experience, it also makes us wonder just how much different the fan and player experience will be. People pay to come see their favorite stars and get close to the action.

This seems to be the most unknown and oft-debated issue at the moment: how will fans be able to engage with their favorite players and teams on the field?

The NFL seems to be the most confident league at the moment. After the NFL 2020 season schedule was released, ticket interest in the first 24 hours was up 234% compared to last year. But, if they’re unable to bring fans into the stadium, there are already some plans in place to help complete the experience for players and even for fans at home.

According to NFL (and MLB playoff) broadcaster Joe Buck, who appeared on Andy Cohen Live, networks are planning to pump in automated crowd sounds if games play in empty stadiums. On top of that, the network is going to go so far as to complete animated projections of ‘virtual’ fans within those empty stadiums. Now, we’re looking forward to seeing how that job compliments others in the control truck.

Soccer is one of the most beloved sports in the world. It’s also one of the most unique fan experiences out there. Teams have beloved rituals and resplendent traditions that complement all the action on the pitch.

So, when fans are not part of the live-match action, it throws off the experience quite a bit.

In the last few weeks, there has been some creative thinking to help fill this odd transition space. 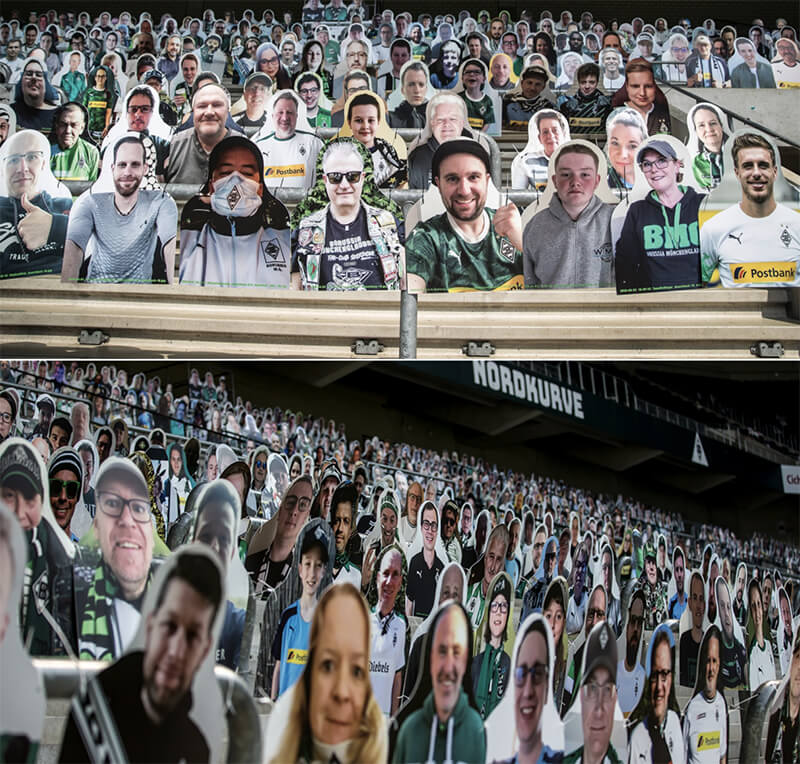 One team took a decidedly low-tech approach to get around the challenge of empty stadiums. Fans of Borussia Mönchengladbach had the unique opportunity to help cheer for their team even if they couldn’t physically be in the home crowd. They were so amped up to cheer that more than 2,000 fans agreed to pay for cardboard cutouts of themselves that will fill the stadium when Bundesliga Official matches resume without fans. Another 6,000 are already on their way ensuring a massive cutout attendance.

One thing is for sure: as the world of sports comes back to life, we’re going to track all the ways, big and small, that are impacting the way the games are played.