When we launched the Comcast NBCUniversal SportsTech Accelerator, we had no idea that a global pandemic would mean the first class of our startups would need to participate in the program remotely.

During our inaugural class, we pivoted and figured out ways to collaborate and create together while recognizing the benefit of in-person experiences that make a program like ours so special. Just as sports thrive with fans and live stadium action, our accelerator thrives with face-to-face collaboration.

When we looked at the calendar for this year, we saw a convergence of events happening that involved many of our SportsTech partners including NBC Sports, Golf, PGA TOUR, NASCAR, and WWE. Working together with our partners, we decided to take our advisors and startups on the road for three major sporting events, enabling founders to gain a stronger understanding of how their products and technologies could integrate into similar sports events and operations.

We first traveled to Austin for NASCAR’s Circuit of the Americas race, gaining insights from race teams, pit crews, and the operational side of motorsports racing. Then to San Antonio to see how the PGA TOUR executes on its “Every Shot Live” vision by combining TrackMan’s cutting-edge Doppler Radar and club and ball tracking technology, in addition to the production compound operated by NBC Sports’ GOLF to bring fans all the action of the golfers throughout the Texas Open tournament, and then concluded the experience in the Dallas area with WWE’s WrestleMania.

Some highlights from the events include:

It was the perfect time to get many of our partners, startups, and mentors together to visit these three events in one week of learning and camaraderie.

Behind the scenes, interactions are what makes our program unique in the marketplace. The bonus was the ability to offer our alumni, partners, and founders a chance to work hand in hand with some of the world’s foremost sporting leagues at three unforgettable sporting events. This roadshow experience allowed founders to engage face to face with senior decision-makers at partner organizations and advance business traction on current and future pilots, proofs of concept, and commercial deals. The enhanced visibility also led to an increased demand from partners to understand how they could further collaborate with additional startups from the SportsTech program.

Here are a few snapshots and memories of the week in Texas. 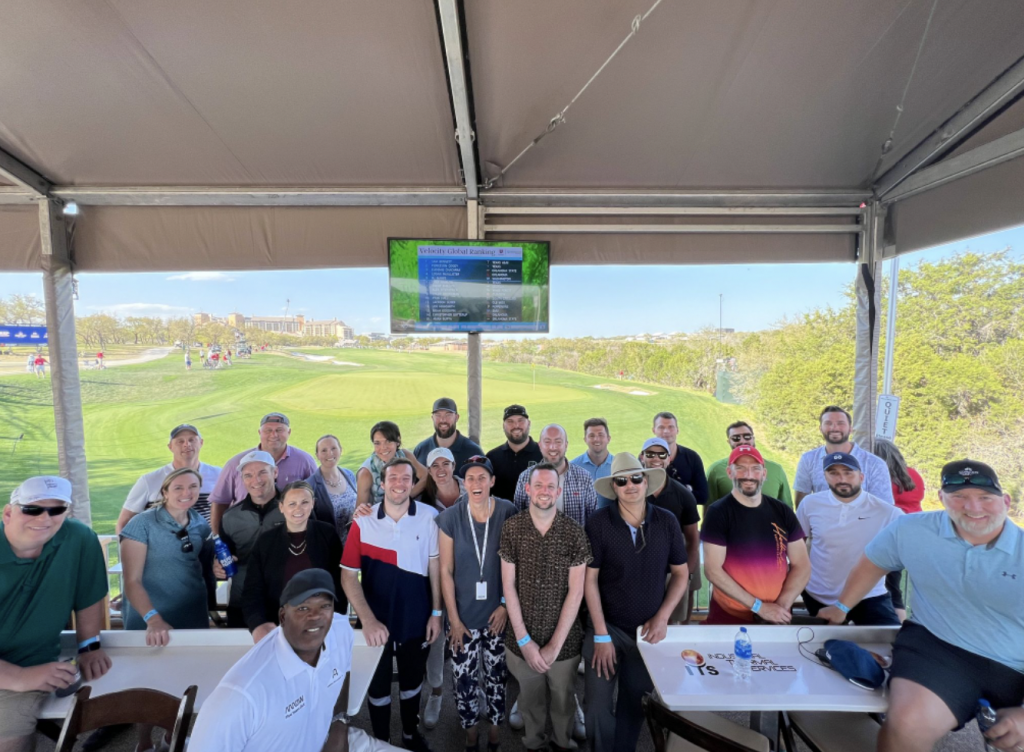 “Through panels, team-building exercises, and more, we instilled the importance of connection and comradery in our attendees and built memories that will last a lifetime.”— Comcast NBCUniversal SportsTech Team 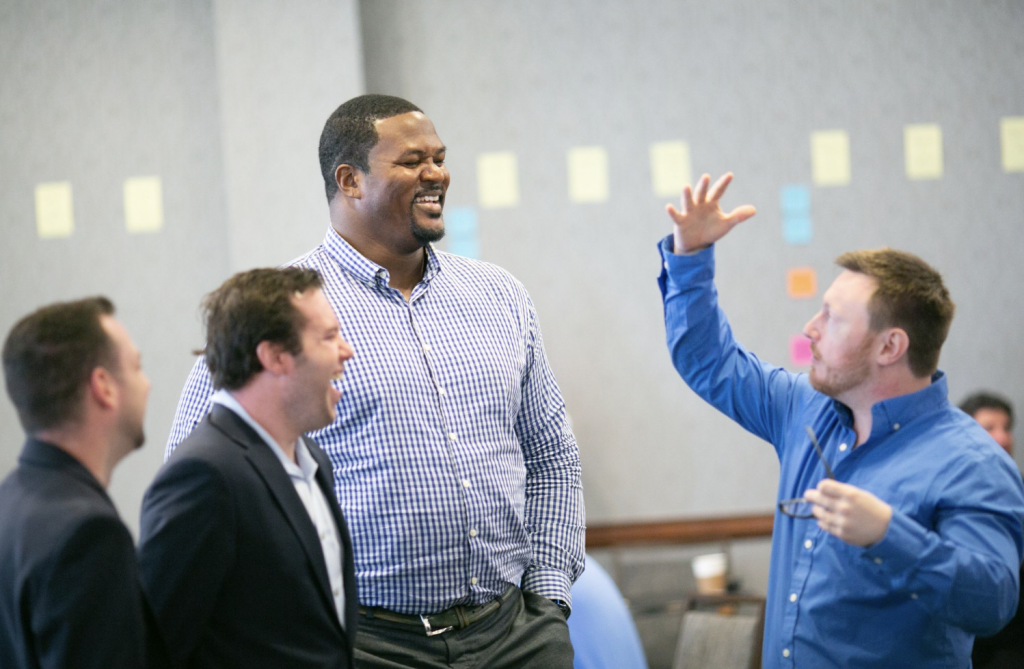 “Just spent a week in Texas workshopping 10 of the brightest innovators in sports tech as part of the#Comcast #SportsTech 2022 program. We spent a week nurturing connections between the startup founders and heavyweight sports partners including WWE, Olympic NGBs, Sky Sports, NASCAR, PGA Tour, and NBC Sports.

Biggest learning isn’t a surprise … The conversations that happened over a sandwich, in the queues, and in the ‘between-times’ were the most powerful. It’s not always possible but it’s hugely powerful to “sleep on it”, to allow other conversations to add layers of context and to just plain get to know each other. Something we don’t seem to value or plan for in today’s hectic digital business landscape.

The 10 companies did an amazing job, pitching, connecting, flexing, and supporting each other. If you have a chance, check them out. And if you’re in the sports tech space, reach out to them, you won’t be disappointed.” — Dino Burbridge, Innovation Coach @ Sky 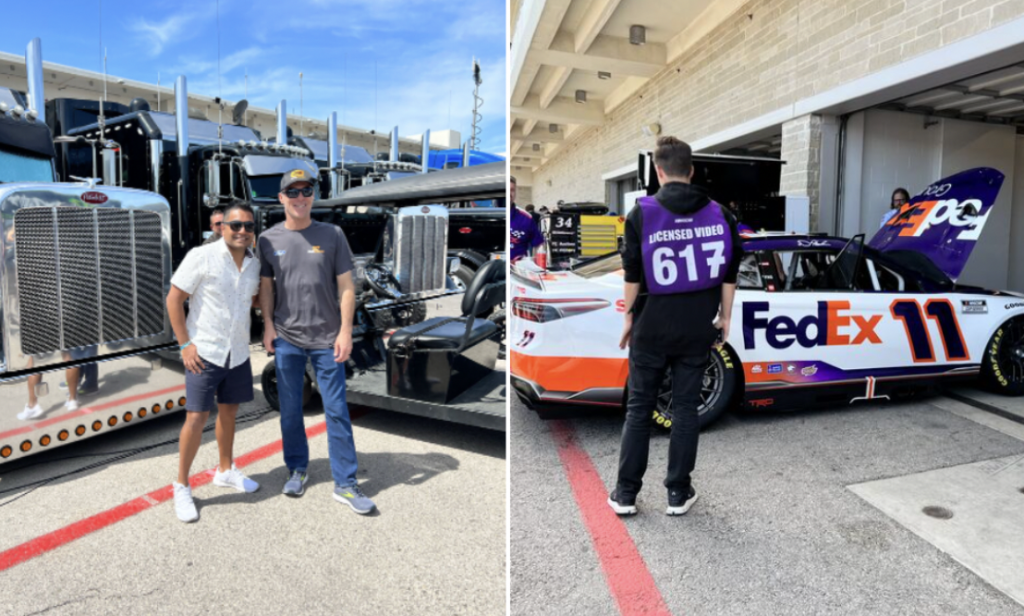 “Gentlemen, Start your engines! Got a chance to meet driver Kevin Harvick with theGEARWRENCH team! My thanks to Comcast SportsTech and NASCAR for the invite down to #cota Circuit of the Americas in #austintx 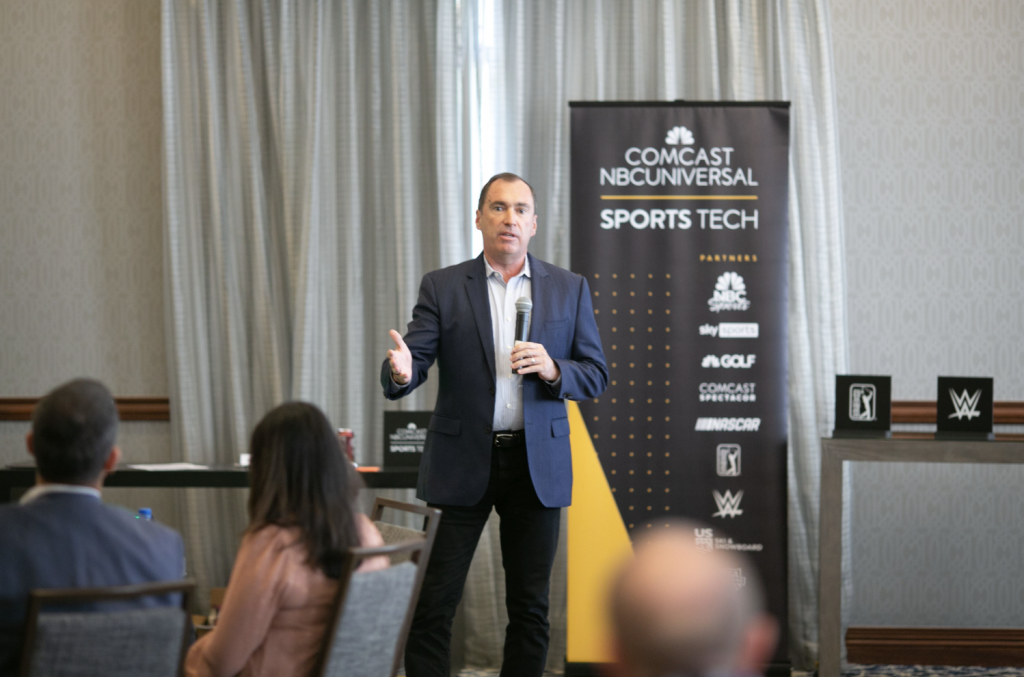 “What an amazing opportunity to listen to Craig Neeb speak to why NASCAR sees so much potential in Meetlete. Thank you Comcast SportsTech for giving us this incredible opportunity.” — Rob Connolly, Co-founder, Meetlete