The Consumer Electronics Show, more commonly known as CES by the cool techie elite, is the ultimate event showcasing the newest products and innovations.

CES has paralleled the evolution of technology dating back to the first one held back at the Hilton and Americana hotels in New York City in 1967. In that premier event, the hottest products were pocket radios and televisions with integrated circuits. 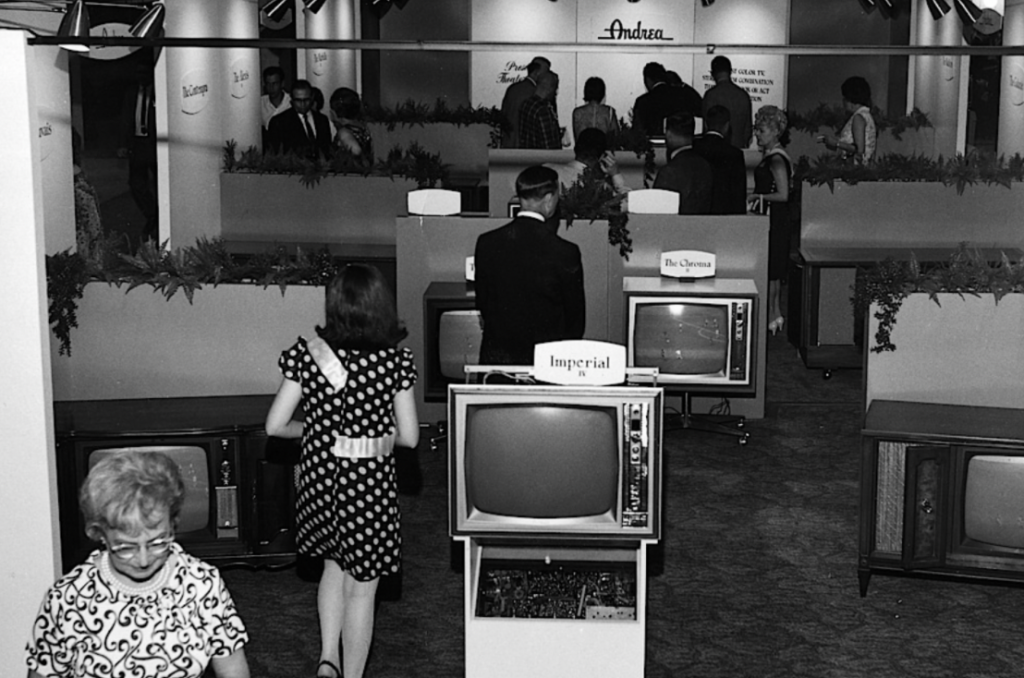 Throughout the course of its history, CES has spanned all forms of home entertainment and tech products from radio, television, gaming, television, and most recently—sports.

Here’s an overview of some of our favorite historical CES facts:

In 2020, CES marked a decade of showcasing the future of sports technology including wearables, sensors, and fitness trackers. But the bellwether for how CES understood and embraced sports tech was the implementation of a Sports Zone in 2019, the first time the conference dedicated an area solely to sports technology. In the years leading up to that moment, sports tech had many interesting moments at CES as companies have evolved to understand and embrace the relationships between sports and technology. In 2018, one of the biggest discussions was about how creators and broadcasters could work together with social influencers to amplify athletes and reach fans in new ways with social media and next-gen tech.

In the last decade, sports tech has developed a significant following at CES as wearable technology and mobile devices have joined alongside athletes during all phases of their training and competition.

As investors of the world’s next greatest sports technologies, we’re excited to show you what we’ve been working on and what we have ready for you in 2022! Stop by Booth #54105 from January 5-8 to connect with us.

Here’s a breakdown of what we’re doing:

Ready to rev some virtual engines? Pull into our booth with your friends and see who gets the best time on our iRacing simulator. We’re swapping out some of NASCAR’s top tracks every day. Do you have what it takes to cross the checkered flag first? Join us to find out!

What We’re Excited To See at CES

This article started with a look back at some of the cooler sports tech moments that happened in the past. Now, we look to this year and some of the topics and sessions that keep us excited.

Here’s the agenda we’ll be focused on this year:

What’s so cool about CES and sports is that it’s 2022’s introduction to the best in tech. It’s a partial glimpse of a much more grand vision for the future, and we believe that sports has a prominent and promising future not just for pro athletes, but also the folks like you and me who work out and try to maintain some competitive fire.

Find out all of the cool stuff we’re doing at CES on this page.