Form And Function: How Wearables Are Changing Sports

After 710 days of zero madness, one of the most coveted sporting events has finally… FINALLY returned.

Basketball fans celebrated at the tip-off of the first NCAA Tournament game between Texas Southern and Mount St. Mary’s. The tournament’s opening rounds occupied a solid five days of 12-hour blocks of action, and there was just one minor pandemic-related hiccup. Virginia Commonwealth University (VCU) was forced to concede a game because of positive test results on the team.

The tournament has been a resounding success because of the planning involved. While the tournament is usually staged at host venues across the country, the committee decided to bring all 68 tournament participants to Indianapolis. They used six venues as host locations including Mackey Arena (Purdue University), Simon Skjodt Assembly Hall (Indiana University), Hinkle Fieldhouse (Butler University), NFL stadium Lucas Oil Stadium, and NBA facility, Bankers Life Fieldhouse.

After the opening rounds, the games will compete solely on the dual courts set inside Lucas Oil Stadium. That venue is connected with a series of enclosed, interconnected climate-controlled glass walkways that can lead to a number of the hotels and their 4,700 rooms hosting teams. Inside hotels, teams are restricted to individual floors and have access to ballrooms inside a convention center that plays host to practice courts and team meeting rooms. 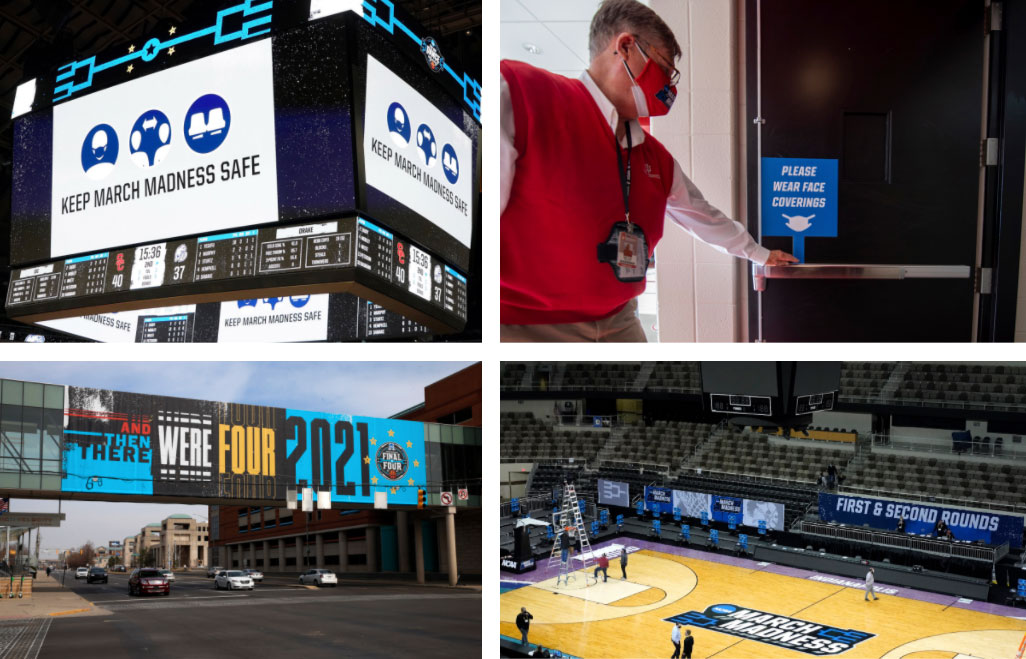 Wearing Safety On Their Jerseys

To keep players safe and teams playing, the NCAA installed rigorous testing. Before they even arrived, athletes had to have seven straight negative tests. They faced additional testing protocols when they arrived.

Additionally, wearable technology has a hand in keeping these teams competing well into the bracket. 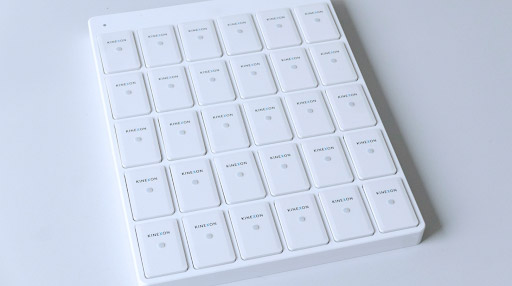 A company called Kinexon designed and built a robust tracking system called “SafeZone” which is a series of wearable tags, each consisting of a unique ID number. As soon as players and teams arrived in Indianapolis, they were given these tiles that must be worn during all practices and competitions. They can easily be worn on the wrist like a watch, on a lanyard, or directly in the pocket of shorts or jerseys. Data is constantly collected and the NCAA monitors and contact traces in case they need to isolate players. The trackers can alert players and coaches if they were within six feet of someone infected with COVID-19 and for how long they were exposed to that individual. A red warning light indicates when players get within six feet of someone else but this feature will not be active during March Madness.

Kinexon, like many other wearable device startups, got their start creating products that helped analyze athlete performance. The pandemic allowed them an opportunity to help with an immediate need.

While this wearable in its current form won’t help improve athlete performance, it will undoubtedly help continue and prolong it. 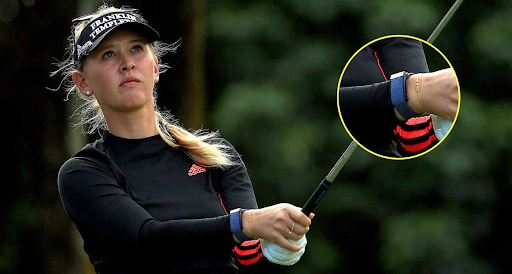 Whoop has been named the official fitness wearable of the LPGA Tour. All golfers, caddies, and staff from the LPGA, Symetra, and Ladies European Tours will be given the Whoop Strap 3.0 and connected mobile app, which tracks metrics related to their sleep, heart rate, muscle strain, and recovery.

Whoop began collaborating with the LPGA Tour last summer as golfers wore Whoop to track their respiratory rate in an effort to detect early signs of COVID-19 infection. This extended partnership will see Whoop personnel attend tournaments throughout the 2021 LPGA season to help players and staff interpret their data and apply it to coaching.

Other Pros Getting in the Game

A number of other professional athletes are increasingly getting into investing in sports tech startup with wearables, including:

Home fitness is not just designed for professional athletes, although they were forced to train from home just like the rest of us!

During the pandemic, the in-person gym market really took a hit. Gold’s Gym was bought for $100 million while 24 Hour Fitness and Flywheel both saw gym closures.

At the same time, the home fitness space saw massive growth, fueled by at-home gym warriors and fitness enthusiasts looking to get into shape during the prolonged pandemic lockdowns. There are a number of wearables that are making training at home much more accessible.

The Apple Watch Series 6 made huge leaps for tracking and helping people understand wellness and fitness with the blood oxygen sensor and Apple Fitness Plus helped train with virtual workouts. The ECG feature is now becoming commonplace, and commercials are showing how ordinary folks can simply track and log their ECGs from virtually anywhere.

Medical tracking is going to be a big part of Apple features, but we’d be keeping an eye out for how Apple pushes the boundaries and monitors things like blood pressure, hydration, and electrolyte measurement—things that collectively can start to paint a more compelling picture of your at-home workout.

Peloton is having a massive influence in the consumer fitness space, and the pandemic only accelerated the now at-home fitness bike into what’s quickly becoming a media empire. With the recent introduction of their new Peloton Bike+ and Treadmill, they are quickly reshaping how we get fit at home.

If you have used their bikes, you know how easily they sync workouts to other programs like Strava, but one of the first things they remind you of before a workout is the ability to sync your program with Apple Watch.

The company made some interesting acquisitions a few weeks ago with Aiqudo, a voice assistant developer for apps and devices which could lead to some interesting developments with AI voice technology on its platform to complement the live and on-demand training programs. Instead of tapping your way through workout calendars, you could call up a class or coach you want immediately, or perhaps integrate working out more in the real world beyond your home.

They also purchased some wearable technology startups including Atlas and Otari, which created fitness-oriented smartwatches and interactive workouts. That sure sounds right up Peloton’s velodrome.

On the bike clips of their first $1 billion quarter, the company now has an array of engineers who are working on expanding the company’s fitness software and bikes and integrating AI and computer vision as a way to diversify their product offerings to at-home athletes. If you look at their current job requisitions, they are seeking a lot of machine learning engineers, too.

The sports drink market is overly saturated. But, Gatorade’s newest product is raising some eyebrows in the sports world. They’ve introduced a patch—a one-time use wearable that will analyze sweat and produce insights about hydration. According to Gatorade, the patch should be worn on the inner left arm during a single workout. After the workout, an athlete can scan the patch with an app called Gx to get details about sweat level, sodium loss, body weight, and how intense the workout was.

In the wearable space, there are a few remarkable startups to keep an eye on that are participating in our first-ever SportsTech Accelerator. 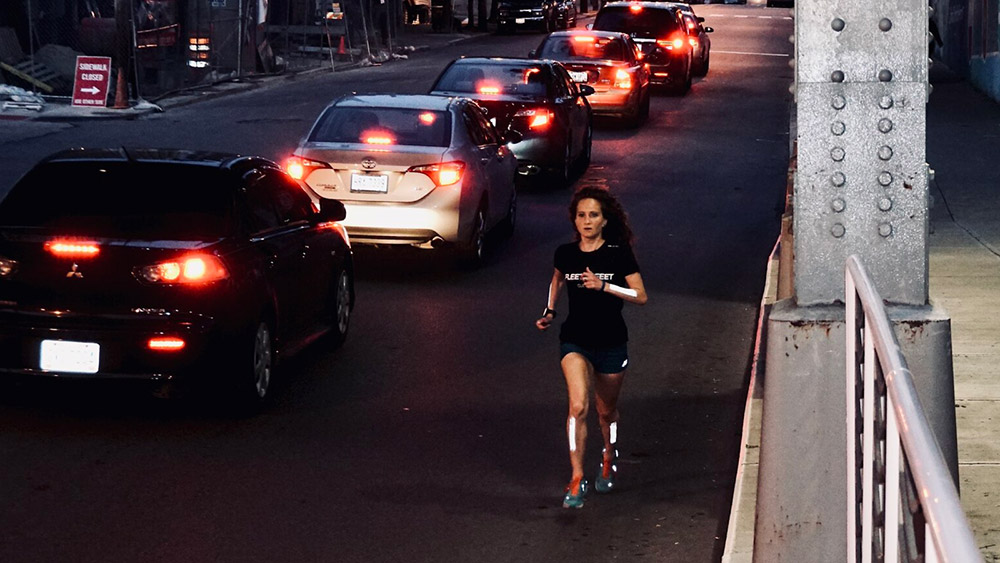 For founder & CEO, John Kulbis, the light bulb went off in 2010 for the idea of what would eventually become Safety Skin. After painting and cleaning up, the white stripe of paint was impossible to remove. After dealing with that for a bit, Kulbis decided to head out on a long run. As it got darker and the roads became busier, he noticed that the white stripe of paint appeared more brilliant, helping him stand out more in the dark. Safety Skin products are now branded to resemble that initial brushstroke, and showcase how an incredible idea can lead to innovation in a space like running.

The brain’s ability to accurately process sensory information received from the eyes, ears, and skin can be greatly impaired by aging, numerous neurological disorders, fatigue, inattention, and brain injury.

Impaired sensory processing has serious negative effects including reduced sensory acuity, difficulty reading and conversing, increased risk of fall and injury, and decreased performance at work, school, and recreation. Sharper Sense helps you see, hear, and feel through the noise

Are wearables changing the way that you work out and train? What wearables are you using or keeping an eye on in the sports world? We’d love to see and hear all about them. Share your comments with us on Facebook, Twitter, Instagram, or LinkedIn.